Earlier this year Dirtbagjens was invited to speak at a conference in Germany. It was the perfect opportunity to visit his family and check out his native habitat.  I immediately booked flights and did my best to squeeze as much German into my brain as I could.

I found one really great podcast called Coffee Break German, which I listened to when I was driving a car, riding a bike or just walking around.  I had to stop myself repeating phrases out loud when I was lining up for a cappuccino during my own coffee breaks at work.

I also spent a lot of time learning German from the Duolingo app. Duolingo is great, it taught me a lot of useful things, like how to count, how to introduce myself and how to ask about the weather.  It also taught me how to say some odd things that are unlikely to come up in everyday conversations.  Things like ‘The blue elephant is reading the newspaper’  and ‘Er nahm den Wein aus dem Restaurant und sagte nichts!’.

The day of my flight finally arrived.  I was using Duolingo to kill time at the airport. One of my tasks was to translate the phrase “WATCH OUT! CAMELS!!”. I giggled at how unlikely it would be to stumble across a camel in the forests of northern Germany.

As it turns out… that’s exactly what happened on my first day in Deutschland. 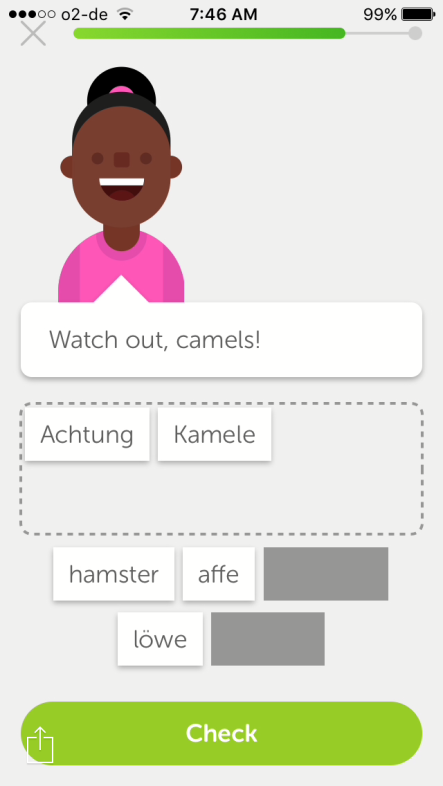 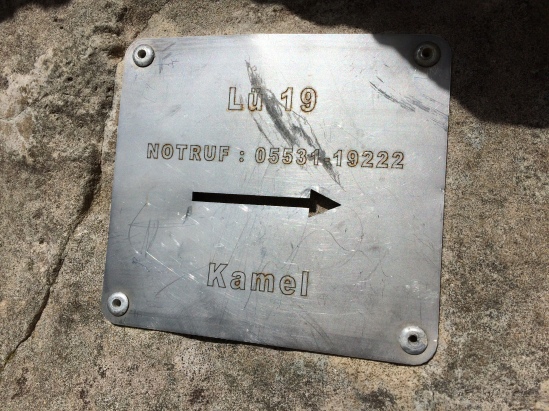 I found a camel that was 30 metres tall and made of limestone.  This particular Kamel lives within the Ith-Leurdissen climbing area.

It’s a great crag, with lots of fun routes with a big range of grades.  Most of the climbs are mixed – there area few bolts but its best to take trad gear with you.

I’m happy to report that our trio (Dirtbaglawyer, DirtbagJens and DirtbagJörn) conquered the Kamel. The three of us climbed up its flanks and ate some lunch on top of the old camel’s head.  We enjoyed spectacular views of rolling hills covered in a patchwork of green fields and bright yellow canola.  Turns out those German camels aren’t so scary after all. 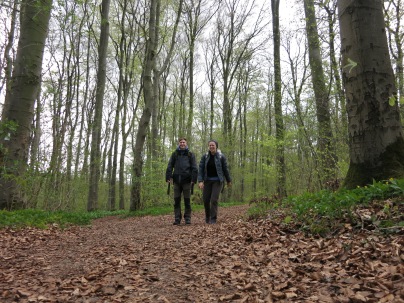 Wandering through the woods 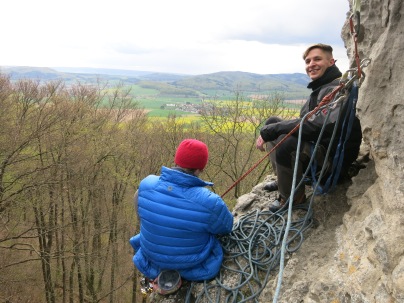 View from the top of the Kamel!

Dirtbagjens wearing two down jackets to ward off the cold!

Jorn reaching the top of the Kamel 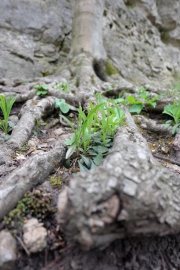 Guidebook references carved into the trees

First pitch of the Kamel

For more detailed info on climbing in Ith, check out the guidebook; Hoch im Norden.